The Parish Church of St. Michael & All Angels, Great Torrington.
​Our organ was built by Henry 'Father' Willis for  Sherwell Congregational Chapel in Plymouth in 1864, during the period when he was influenced by the work of the French organ builder Cavaillé-Coll and which culminated in the building of the mighty organ in the Royal Albert Hall. The organ was the gift of Charles Fox. It  cost £1000 and according to the Western Morning News of 23 September, 1864:

“The organ loft at Sherwell Chapel is occupied by an instrument worthy of its position. Mr Willis of Albany Street,  London, the builder, is well known as one of the most celebrated makers, and his name will be a sufficient guarantee of excellence. The instrument in Sherwell  Chapel will, it is said, be superior in quality to any in the West of England, except, perhaps, the one erected by Mr Willis at Wells; and although not larger it has more stops than any organ in the neighbourhood.”

As far as we can tell, the Willis at Sherwell was never altered tonally, though an inspection report by Willis &  Sons in 1921 said that Tucker of Plymouth had added some stops. This appears to  have been in about 1903. In January 1941 the church was damaged by enemy action  and it was not until 1951 that the organ was updated by Hele & Co with electro-pneumatic action and a detached console, when again no tonal alteration is recorded. This is one of the few Willis organs to have escaped re-voicing or other tonal alteration.

In 1989 alterations planned at Sherwell  Church meant that the organ had to come out, perhaps be destroyed. Lucian Nethsingha the Cathedral Organist told us it was available, as we were looking for a replacement for our own organ.

The dismantling of the organ and its  rebuilding at Torrington was undertaken by Lance Foy of Truro. To keep down the  cost, much of the work was done by parishioners working under Mr Foy’s supervision. Whilst the opportunity was taken to make the organ more comfortable to play, it remains tonally unaltered. Any additions are the result of extension or borrowing from within the existing instrument. 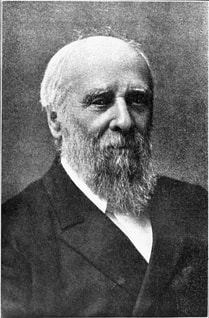 ​Henry Willis was the son of a London  builder. A childhood friend was the son of the Assistant Organist at St Paul’s  Cathedral, where the boys often played the 'Father' Smith organ. They also played the organist’s pedale harpsichord, competing in improvization and pedal  playing. In later life Willis used his excellent technique to demonstrate the pedal-board to buyers.

After a seven years as  apprentice to the  organ builder John Gray he moved in 1842 to Cheltenham to join W.E. Evans, who specialized in reed harmoniums but also built organs. They produced a two-manual free-reed instrument with 2½ octaves of pedals, which was exhibited at Novello’s  in London. Willis’s skill in voicing reed stops was due to this early  experience. He then set up on his own at Gray’s Inn Road, London, his first  large job being to rebuild the Gloucester Cathedral organ in 1847.

Willis visited France In 1848 and 1849,  meeting Cavaillé-Coll, whose instruments were notable for their harmonic stops, the dominance of reeds in full organ, the striking solo effects of loud reeds and the perfect cohesion of the whole. Willis developed these ideas, but his 1871 organ for the Albert Hall was the last to show French influence.

Willis built two-thousand organs, twenty of them for cathedrals. He was known as 'Father' from 1898.

Summer’s biography of Willis, says: “His organs were reliable and durable in their action and structure, but they were also arresting and inspiring in their tone qualities. A Father Willis is part of our artistic heritage; it should be jealously preserved."

Specifications of the rebuilt organ 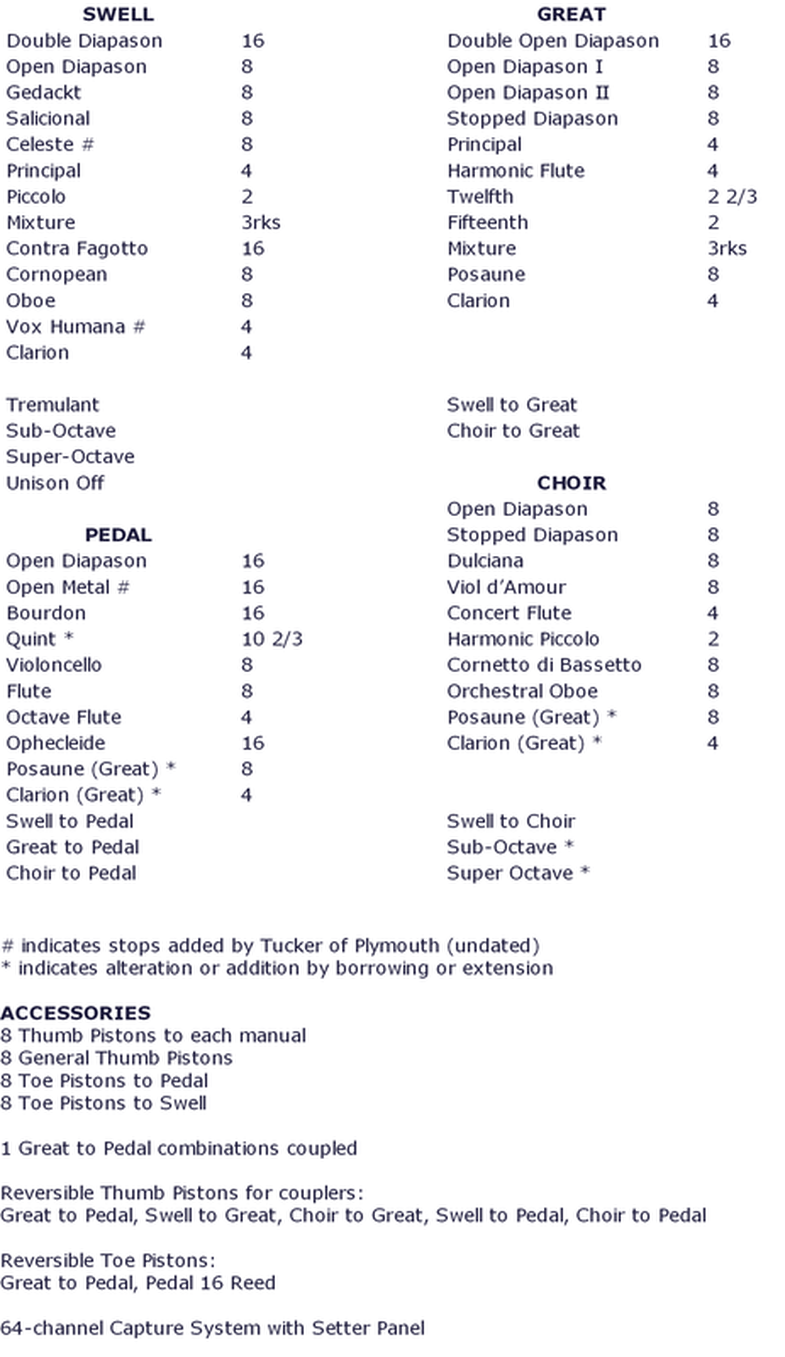